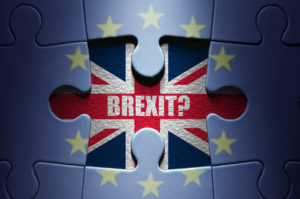 The withdrawal of the United Kingdom from the European Union, i.e. Brexit, is about 8 months from now, and the EU has begun issuing notifications of the implications on various sectors of the economy, including trademarks.[i]  The EU permits entities to obtain trademarks locally from specific countries, like Germany or France, or obtaining EU trademarks, which are valid in all EU member countries.  Absent an interim agreement between the UK and the EU covering trademarks, the EU has warned that all EU trademarks rights will cease in the UK on March 30, 2019.[ii]  This includes both trademarks filed with the European Union Intellectual Property Office (EUIPO) and international applications filed through the Madrid Agreement/Protocol that designate the EU. However, as on April 26, 2018 the UK has not begun implementing policies to cover EU trademark holders.[iii] For example, there are no identified policies covering entities wishing to file a UK trademark application and relying on EU trademark rights, such as priority or converting an EU trademark to a UK national trademark.  END_OF_DOCUMENT_TOKEN_TO_BE_REPLACED

A decision from the Federal Circuit Court of Appeals has refined what is required to show obviousness and anticipation in a pharmaceutical patent.  The patent involved lacosamide, an amino acid-like drug used in epilepsy treatment, shown below: 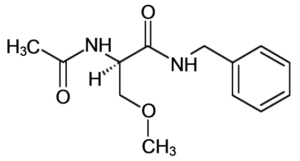 Accord, a generic drug manufacturer, submitted an abbreviated new drug application (ANDA) to the FDA seeking to manufacture and distribute a generic version of lacosamide, prompting the owner of the patent, UCB, to file a patent infringement suit.[i]  Accord challenged the validity of the lacosamide patent, arguing the UCB patent fails to meet the nonobviousness and novelty patenting requirements and that other UCB patents protect a patentably indistinguishable compound, known as nonstatutory double patenting. END_OF_DOCUMENT_TOKEN_TO_BE_REPLACED 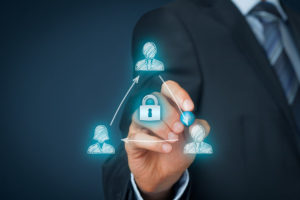 The U.S. Patent and Trademark Office recently issued new guidelines to determine patent eligibility.  For years after Alice,[i] Mayo,[ii] and Myriad,[iii] software and biotechnology patent applicants have had difficulty patenting many inventions, particularly in the trending “personalized medicine” field where patient genetics and proteomics are considered when selecting treatment regimens. END_OF_DOCUMENT_TOKEN_TO_BE_REPLACED 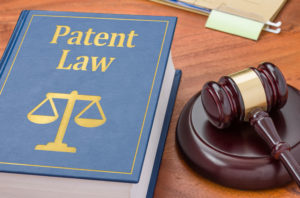 The Federal Circuit recently issued a much needed development in patentability case law, in Vanda Pharma. Inc. v. West-Ward Pharma. Int’l Ltd.[i]  Beginning in 2012, the U.S. Supreme Court upended years of patent law regarding patentable subject matter in biotechnology, relying on earlier case law stating natural laws and natural phenomena were not patent eligible subject matter.[ii]  These decisions included a commentary about elements of the patented work that was, in the Court’s opinion, well-understood, routine, conventional activity previously engaged in by researchers in the field, thereby adding an element of obviousness and anticipation analysis to the patent-eligibility inquiry.[iii]  A test issued by the Supreme Court, and further clarified by the Federal Circuit, provide that where a claim recites a natural law, the elements of the claim must be considered to determine if the claim as a whole is directed to an application of the recited law.  However, since these decisions, significant questions still plague patent examiners, attorneys, and courts regarding the requirements to meet patent eligibility. Most notably, to what constitutes sufficient material to distinguish a claim directed to a natural law versus an application of that law.  Since 2014, the U.S. Patent and Trademark Office released at least one new guideline each year to the patent examining corps providing amended instruction on determining patent eligibility.[iv] END_OF_DOCUMENT_TOKEN_TO_BE_REPLACED 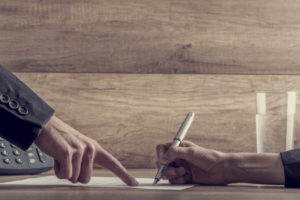 Most individuals have at one point or another signed an employment agreement or outside contractor agreement with respect to his or her employment.  For employees, it commonly is a formality needed for a job. For employers, it is a means of obtaining an employment period, establishing or delineating work policies, and acquiring rights to intellectual property.  However, on the last point, employers must be keenly aware of the language that is used to acquire IP rights, and which rights the employer is interested in acquiring, as Advanced Video discovered.  END_OF_DOCUMENT_TOKEN_TO_BE_REPLACED