The toy industry is in a tumultuous time, with many industry experts concerned physical toys are being replaced by digital ones.1  In fact, one of the largest building toy manufacturers, Lego A/S, which manufactures around 75 million bricks each year, suffered an 8% drop in revenue in 20172  Likely as a result of the competition in the toy industry, Lego has been asserting its intellectual property against competitors. One such example reached the Federal Circuit, whom just issued a nonprecedential opinion in Lego A/S v. Zuru Inc.3

Lego obtained patents on its traditional bricks in 1961 (U.S. Pat. 3,005,282) and began facing competition in the 1980’s when its patent expired.  Since then, Lego has used a combination of copyrights, trademarks, and patents to protect its business. Among its copyrights are two pertaining to the Lego figurines, i.e. minifigures.4 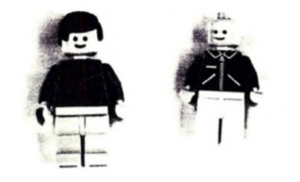 Similarly, Lego obtained trademarks on its minifigures and the heads of the minifigures;5 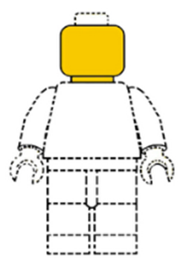 Zuru, a Chinese company, began selling building bricks having a similar structure to the known Lego brick, and included figurines in some of the building kits.  The Zuru figurines were largely as seen below;6 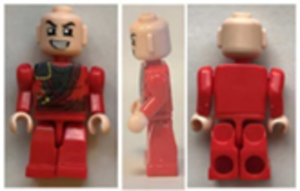 Lego sued Zuru for copyright and trademark infringement of the minifigure copyrights and trademarks.  In part of the suit, Lego successfully sought an injunction to prevent Zuru from selling its figurines.7 During appeal, the Federal Circuit found that the copyright infringement test (where the case was handled) required a finding

[of whether an] ordinary observer, unless he set out to detect the disparities, would be disposed to overlook them, and regard [the] aesthetic appeal as the same.” … The fact-finder must examine the works for their “total concept and feel.”8

The Court, upon looking at the facts, agreed with the trial court that the look and feel was sufficiently similar to justify the injunction.9 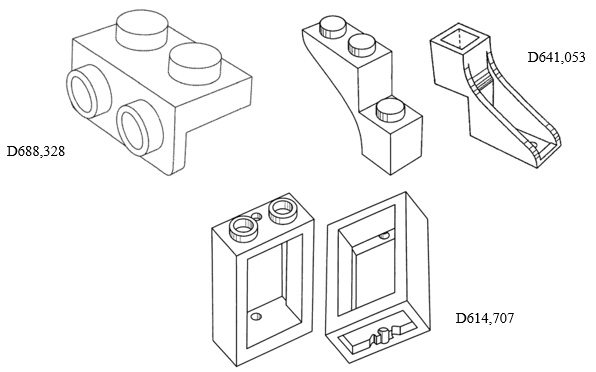 The alleged infringement was due to the sale of building block kits, such as the one depicted below;10

The preliminary injunction issued by the trial court for the bricks was challenged by Zuru, who argued that there was no irreparable harm caused from the further sale of the bricks.11 The Federal Circuit analyzed whether there was irreparable harm to Lego if an injunction were not issued immediately, and found arguments pertaining to forcing Lego to license its brick designs was insufficient and circular, and loss of market share due to those specific bricks were speculative and lacked any evidence.12 However, this will likely be a small victory for Zuru, whom did not challenge many of the findings leading to the injunction and will likely be enjoined at a later date by the trial court.

These results are not surprising, given the claims brought by Lego. However, it does showcase an interesting strategy of Lego, and its use of various types of intellectual property in securing its marketplace. On the other side, what does this mean for Zuru?  Absent a license from Lego, it appears the company’s building block line will be pulled from Walmart shelves and no longer sold in the U.S.  The company does offer various other toy lines,13 and given its extra-U.S. status might still manufacture building toys destined for locations outside the U.S., where Lego lacks IP protection.