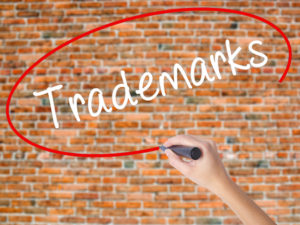 The Supreme Court decided it is unconstitutional for the government to prevent registration of trademarks based on a subjective determination of offensive content, with all justices that issued an opinion.  In the case, Matal v. Tam, an Asian-American band named The Slants attempted to register the band’s name.  The application was rejected based on a portion of the federal trademark act banning marks that disparage, foster contempt, or disrepute any living or dead person, namely that the name The Slants degraded those of Asian descent.

The Court reasoned that because federal law did not create trademarks- it is the use of a mark resulting in the good will toward a specific product or service- and the federal government did not generate the trademarks, it cannot regulate them as if the trademarks were originating within the government.  Similarly, the Court found the benefits afforded by trademark registrations- such as constructive use throughout the U.S., evidence of the mark’s validity, ownership, and exclusive rights to the mark– are not a government subsidy that can be regulated regardless of free speech rights.  The Court thereby decided that the speech in trademarks trumps the disparagement clause in the trademark laws.

This case was carefully watched due to its implications with the NFL’s Washington Redskins, who had their trademark cancelled after a petition by Native Americans argued that the mark was offensive.

So what does this mean?  Besides Washington fans supporting their football team without worrying about a name change, and The Slants placing a registered trademark symbol by their band name, the decision also removes one hurdle to registration for trademark applicants.  It opens an avenue of additional protection for trademark owners whose mark is unseemly, but ultimately trademark owners must still use their mark in commerce, and deal with public opinion to the adoption of a specific mark.